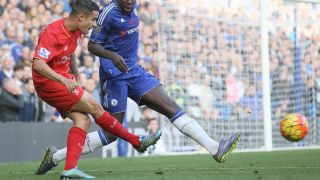 Jurgen Klopp's side fell behind at Stamford Bridge to Ramires' opener but a Coutinho double was added to by Christian Benteke for a 3-1 victory.

Skrtel believes the former Inter attacking midfielder proved he has what it takes to make a difference in the big games by turning Saturday's encounter on its head.

"The big players show their quality in the games you need them," Skrtel is quoted as saying by the Liverpool Echo.

"Maybe Philippe didn't play quite as well in the last few games but he showed his quality and how important he is for this team.

"We didn't start well, we knew that. But I think after that 10 minutes we started to play the game we wanted to and the [equalising] goal we scored was a massive help for us.

"To beat Chelsea at Stamford Bridge is always something special and especially after the performance we showed."