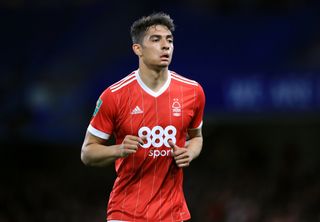 Coventry have joined the race for Nottingham Forest’s Tyler Walker after reigniting their interest.

The Sky Blues want the striker on loan, the PA news agency understands.

Boss Mark Robins in a long-time admirer of the 23-year old having tracked him for a number of seasons.

Lyle Taylor’s move to the City Ground, with the 30-year-old joining on a free transfer from Charlton, has pushed Walker further down the pecking order.

He scored once in seven games for Forest last season after being recalled from a successful loan spell at Lincoln, where he netted 16 times in 34 appearances.

Hull and Peterborough have also been linked with Walker, son of former England defender Des, but Coventry can offer Sky Bet Championship football after winning League One last season.

They have returned to the second tier for the first time in eight years and need more firepower.