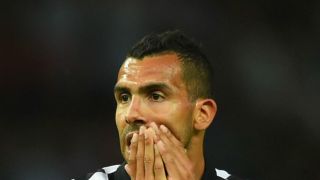 Guangzhou Evergrande opened the defence of their Chinese Super League title with a win on Sunday but it was Carlos Tevez who grabbed the individual headlines by scoring once and creating two goals in Shanghai Shenhua's 4-0 thumping of Jiangsu Suning.

Tevez, who swapped Boca Juniors for Shanghai in December in a deal that reportedly makes him one of the highest-paid players in the world, made an inauspicious start to life in China as Gus Poyet's side were defeated 2-0 by Brisbane Roar in the Asian Champions League last month.

But it took him just 36 minutes to get on the scoresheet on his first league start, netting a penalty after a handball inside the area.

That moved the hosts into a 2-0 lead following Giovanni Moreno's opener, a goal assisted by Tevez. Mao Jianqing and Moreno - Tevez with the assist again - completed the rout in the second half.

Jiangsu's miserable night was completed with Brazilian Alex Teixeira sent off for lashing out deep into injury time.

The former Tottenham midfielder opened the scoring after 19 minutes and then grabbed an 87th-minute winner after Burak Yilmaz had drawn Beijing level from the penalty spot.