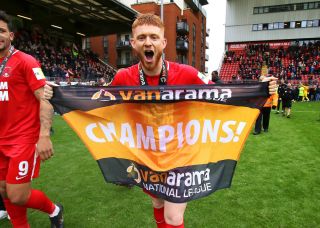 On-loan Dale Gorman will be back in contention for Newport’s Sky Bet League Two clash against Macclesfield.

Ade Azeez (Achilles) and Dan Leadbitter (knee) are both sidelined, while there are doubts over over Ryan Inniss (calf) and Joss Labadie (illness).

Mark O’Brien was substituted through injury against Orient and could miss out on Tuesday night.

Macclesfield’s Corey O’Keefe will miss the trip through suspension.

The on-loan defender was sent off in Macclesfield’s 2-1 victory over Forest Green on Saturday.

The Silkmen, 22nd in the division, have tasted victory on just two occasions in their last 14 league matches.