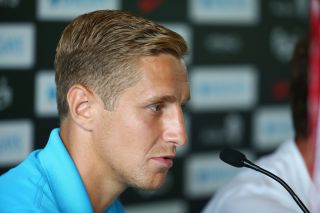 The Spurs skipper joined from Nottingham Forest in 2005 and has since made 293 appearances in all competitions, winning the club's player of the year award for the 2009-10 season.

Dawson's new three-year deal will see the 29-year-old remain at White Hart Lane until 2016, and he is determined to perform on the pitch in return for his employers' faith.

"I was delighted to be offered the new deal," he told the club's official website. "I thank the chairman, the gaffer and now I've got to go out there, play well and try to repay them.

"I remember the day I signed - or should that be night - deadline day, January 2005, going from the hotel, driving down Luxborough Lane and arriving at Spurs Lodge with Andy Reid. I remember it as if it was yesterday.

“It’s a great football club to be at. I love the club, love the fans, I loved the welcome I received when I first arrived.

"There have been some incredible highs and lows and I've played with some world-class footballers, players like Ledley King, who I learned so much from and took the armband when he retired.

"It's a massive honour to be captain of this football club and hopefully the next three years will be great."