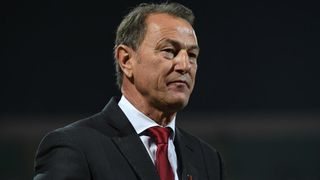 Deportivo Alaves have announced the appointment of Gianni De Biasi as their new head coach.

The 61-year-old has agreed to a deal that will run until the end of the season, with the option for a further year, following the departure of Luis Zubeldia, who was sacked in the wake of four consecutive LaLiga defeats.

Former Real Madrid assistant coach and Middlesbrough boss Aitor Karanka had been linked with the role.

De Biasi, who has enjoyed a nomadic coaching career, spent a season in Spain with Levante in 2007-08.

The ex-Torino and Udinese boss is best known for his six-year spell in charge of Albania, during which he took them to the finals of Euro 2016, their first appearance at a major international tournament.

De Biasi stepped down in June this year after deciding against the renewal of his contract.