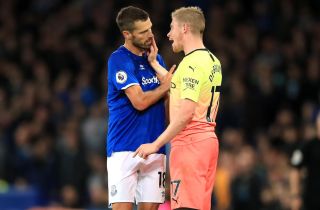 Kevin De Bruyne has been ruled out of Manchester City’s Champions League clash against Dinamo Zagreb on Tuesday with a groin injury, the club have announced.

The Belgium playmaker missed a training session on Monday, fuelling speculation he had suffered an injury before being substituted late in Saturday’s Premier League game at Everton.

The club have not put a timeframe on how long the 28-year-old will be out of action but he is now doubtful for Sunday’s clash with Wolves.

De Bruyne had been in fine form in the opening weeks of the season after an injury-ravaged 2018-19 campaign.