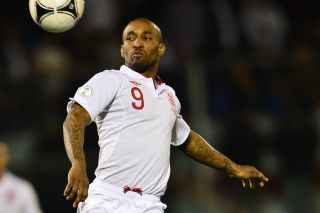 Defoe, who has won 55 caps for his country, most recently against Chile in November, is headed for MLS outfit Toronto after deciding to leave White Hart Lane.

The 31-year-old striker has scored 19 goals for England and was considered a likely selection for Hodgson at this year's World Cup in Brazil, but his move to Canada has brought that into question.

The forward hopes his Premier League performances over the years have done enough to convince Hodgson, though.

"Hopefully the manager knows what I can do," Defoe told Sky Sports News. "I am 31 and I have played in the Premiership my whole career.

"There's not much more I need to prove but it's down to the manager, he picks the squad. If I get picked to play for my country, I will be ready."

Defoe added that he had a "special" time at Tottenham but that the security Toronto could offer him was too good to refuse.

"I was there nine years so you can imagine what it's like," he added. "I think everyone knows how I feel about Tottenham.

"I have had a special relationship with the fans over the years but it's football and players move on. At the age of 31 it is a great opportunity for me and my family."

"I've been through some things with my family over the last few years and sometimes it is nice to have a change.

"I only had a year left on my contract at Tottenham. If you have a year left and someone comes in and offers you four, you have to think about it and consider your options. It's as simple as that."

Defoe came off the bench to score in Tottenham's 2-0 Premier League win over Crystal Palace on Saturday.