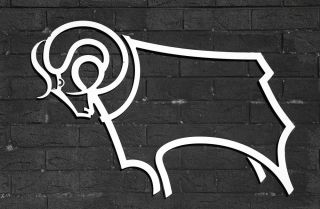 Derby have assured all their players that they will be paid today, the PA news agency understands.

The Sky Bet Championship club’s players have not been paid their latest wages, which were due in their bank accounts on New Year’s Eve.

Derby had been expecting a new investment deal to be completed before the end of December and that has not been signed off, causing a delay in the salary payments.

But a Derby spokesman confirmed to the PA news agency that all outstanding wages would be paid today.

It had been reported by the Daily Mail that Derby’s playing staff had been told of the delay, while the club have responded by insisting it is “not a major issue”.

It is understood that cash from the new investment had been expected on New Year’s Eve, but there had been a delay due to the holiday period.

Club owner and chairman Mel Morris revealed in May that he was working to bring in new investment and it has been reported that he has been in talks with a consortium headed by Henry Gabay, the co-founder and chairman of Duet Group, an asset management company.

"Wayne is fit and he can start, if selected, but like any player he will need a few games."— Derby County (@dcfcofficial) January 2, 2020

Derby take on Sky Bet Championship rivals Barnsley at Pride Park on Thursday night, with Wayne Rooney hoping to make his debut for the Rams.

Rooney agreed an 18-month deal to join the club as player-coach in August while he was still at Major League Soccer side DC United.

The former England striker took his place in the dugout as coach at the end of November for the home draw against QPR, but has not been eligible to play until January.