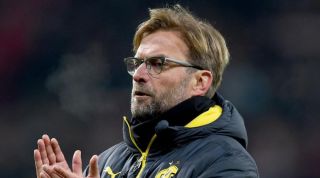 The 2011 and 2012 German champions have endured a tough season domestically, though back-to-back wins over Freiburg and Mainz have lifted them out of the bottom three.

Next up is Friday's trip to rock-bottom Stuttgart, where a win would propel Klopp's charges up to 10th, but the playing surface at the Mercedes-Benz Arena is in a poor state.

With that in mind, Klopp has had his team train on a difficult surface this week, which groundsman Willi Droste has ordered "should not be touched for three days".

"We've deliberately been training on a poor pitch," Klopp explained.

"We need to bring some consistency into what we are doing well right now. For that, total concentration is needed."

Dortmund came from 2-0 down to earn a 2-2 draw against Stuttgart in September's league meeting.