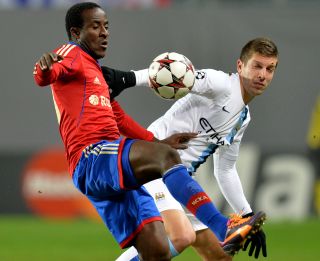 Doumbia was subsequently quoted as saying his fellow Ivorian had overreacted when he spoke out after the game.

But the 25-year-old has now denied speaking to the press after the Russian side were consigned to a 2-1 defeat by City.

A statement on Doumbia's Facebook fanpage read: "I want to clarify my position after my Ivory Coast team mate and friend Yaya Toure accused CSKA fans of racism.

"I want to insist that I did not talk to any journalist about these facts so none of the quotes you read in the press came from me."

UEFA president Michel Platini requested an internal investigation on Friday to discover why referee Ovidiu Hategan allowed the game to continue despite Toure claiming to have informed him of the alleged chanting.

The governing body have a three-step protocol that states that referees should halt the game if they become aware of racial abuse and an announcement should then by made over the public address system warning fans to "desist from such racist behaviour".

If the abuse continues, the official has the power to then suspend and even abandon the match.