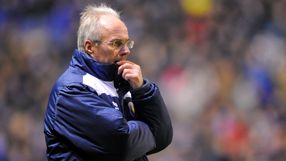 Eriksson, who is currently in charge of Leicester City, previously spent five years as England manager before taking the helm of Manchester City and later the Ivory Coast national team.

The Swede believes that although Premier League grounds are kept in good condition all season long, the cold winter temperatures and the quality of pitches is not ideal for youth team players.

However, Eriksson is aware the English tradition of watching football over the Christmas period would ultimately hinder talks of moving the season to the summer months.

“If you just put your head down and look where you are standing, we understand that winter is not the right time to play football,” he told Yahoo!

“I sometimes agree with the people who say we should start the season in March and end in November. With the Premier League the pitches are good all year around. The main problem I see is for the youth teams when they have to play on frozen pitches in January and February. Having wet pitches you cannot kick the ball 10 yards if you are eight-years-old.

“I understand it is maybe impossible [to play football during the summer]. It is a tradition in this country for everyone to go to football on Boxing Day. However, if you look at it practically we don’t play football when we the pitches are at their best, which is a little bit crazy.

Following Qatar's successful bid of the 2022 World Cup, there has been much talk that the tournament will be hosted during the winter months to spare players of the heat of the desert nation.

And Eriksson admitted having a winter World Cup could be good for football but warned future bidding nations of the need to be fully aware of the criteria that FIFA are looking for in order to save time and money.

“It [having a winter World Cup] is a decision which is sometimes difficult to understand. But maybe it is good for football," he said.

“I think everyone should know the criteria FIFA are looking for as England could have saved a lot of time and money if they had known that FIFA were looking to give it to countries that were not as big in football as the likes of England, Germany and Spain.

“I think everyone should know the criteria before putting in a bid for the World Cup as it costs money and can be a waste of time."

Visit The Dugout for new interviews every week with England’s top football managers.