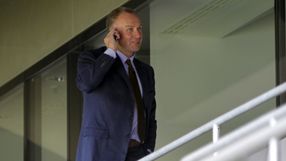 The European Club Association (ECA), which represents 201 of the continent's biggest clubs, has also demanded a greater say in future decisions and repeated its call to football's governing body FIFA for more transparency.

"I believe that we are the most important stakeholder in football," ECA president Karl-Heinz Rummenigge told reporters after the association's general assembly on Tuesday.

"Without our players, our employees, paid exclusively by the clubs, you cannot run the business, that is something all federations have to recognise.

"Everybody believes it is time that governing bodies recognise that clubs have to be included in the decision-making process."

The ECA proposed an ideal number of 12 international dates, not including competitions such as the World Cup and Euro 2012 and the pre-tournament friendlies, after the current international calendar ends in 2014.

"In an ideal world we would be talking about six double dates over a two-year period which is a reduction but still gives the right balance between the requirements of the national team and what the clubs want," said Manchester United chief executive David Gill, an ECA board member.

Rummenigge added: "That would be ideal from the clubs' point of view. You have the possibility to release the players two weeks before the Euro, then there is space for two or three friendlies."

The current calendar allows for 19 international dates between the 2010 World Cup and Euro 2012, not including pre-Euro friendlies.

Rummenigge said in 2004 the clubs had agreed to reduce the number of Champions League dates from 17 to 13 a season by cutting out the second group stage.

"We have to acknowledge that in the meantime, days released by the clubs have been completed occupied by national team dates," he said.

He repeated his description of the August friendlies as a "nonsense" date and also criticised the double match dates played this June.

"We are trying to find the best way for the good of football."

Rummenigge said he had spoken to both FIFA president Sepp Blatter and his UEFA counterpart Michel Platini.

"I have a peaceful atmosphere in myself, we received clear signs from both presidents, not to be pessimistic," he said.