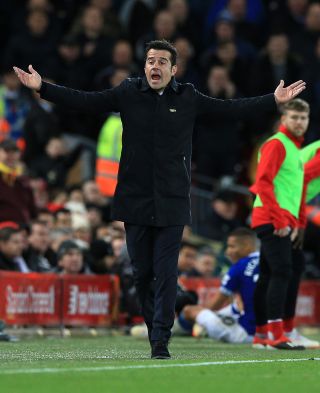 Everton manager Marco Silva has been fined £12,000 after accepting an improper conduct charge for his behaviour after the defeat to Newcastle earlier this month.

The Portuguese was furious the hosts’ winning goal in their 3-2 victory at St James’ Park was allowed to stand as Salomon Rondon, who touched the ball on to goalscorer Ayoze Perez, was among a number of players offside in the build-up.

Silva confronted referee Lee Mason on the pitch and then turned his anger towards the assistant who had not raised his flag.

His venture onto the pitch resulted in a Football Association charge and led to the fine by an independent regulatory commission.

“The Everton manager accepted an improper conduct charge from The FA, which resulted from his behaviour on the field of play at the end of the Premier League fixture against Newcastle United on March 9,” said a statement from the FA.