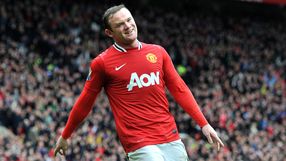 Ferguson told British newspapers on Sunday that top scorer Rooney had been included in a provisional 80-man squad for the Olympics even though he was expected to be named in England's squad for Euro 2012 despite being banned for the first two of three group matches.

United's long-serving manager described Rooney's inclusion in the 80-man squad as "ridiculous" but the FA on Sunday said he would not be called up for Olympic duty if he was selected for England's Euro squad, which will be announced next month.

"Any player who travels to Euro 2012 with England will not be considered for the Olympic GB Team," the FA said in a statement. "This position has not changed.

"The original long list of players was reduced to 80 players last week and a final 18-man squad will be announced very soon, after the Euro squad is selected in May, to assist players and clubs with their planning for next season.

"The list of 80 players does include players who are regulars in the England squad and they remain on the Team GB list until England's Euro 2012 squad is finalised.

"If they are selected for Poland and Ukraine, they will not be available for the Olympics."

The situation is more confused because of England's lack of a national manager in the wake of Fabio Capello's departure.

Whoever takes charge of England is expected to gamble on Rooney's inclusion in the Euro squad, even though the player will not be available for the opening games against France and Sweden.

The Olympic tournament takes place in July and August and finishes a week before the start of next season.

Three over-23 players are allowed in the final Olympic 18-man squad with United's Welsh winger Ryan Giggs and former midfielder David Beckham likely to be included.