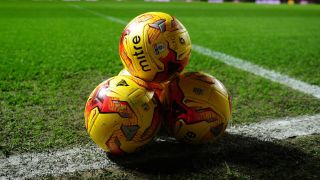 The French Football Federation (FFF) has rejected Bastia's appeal against the decision to force the club to forfeit their Ligue 1 match against Lyon in April.

The game was suspended due to crowd trouble after 55 minutes with the scores level at 0-0, with Bastia supporters having previously entered the field to confront Lyon players during the warm-ups, delaying kick-off by over an hour.

Bastia were ordered to play home matches away from the Stade Armand Cesari following a ruling from the league's disciplinary commission, although the club had pledged to increase security.

Director Anthony Agostini was also banned for six months by the Ligue de Football Professionnel and the FFF ruled on Tuesday to uphold "in its entirety the initial decision taken by the French league's disciplinary commission".

Bastia finished bottom of the Ligue 1 table after losing their final match of the season 1-0 at Marseille and were relegated from the French top flight as a result.