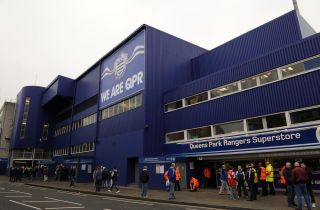 FIFA will investigate any allegations of racist abuse directed towards QPR’s under-18 players should a complaint be lodged, the world governing body has confirmed.

QPR have called for action to be taken “at every level of our game” after their youth team walked off the pitch during a friendly in Spain following alleged racist abuse from Nervion players on August 8.

The club are liaising with the Football Association over how to proceed. PA understands FIFA will be made aware of the issue, while QPR have yet to hear any response from Nervion to their complaint.

It’s is brainless and frankly barbaric how a kid under 18 has to put up with this. I’m so proud that our team walked off the pitch. Come on @UEFA start leading and start making a difference. Sport plays a huge part.— Tony Fernandes (@tonyfernandes) August 14, 2019

A statement from FIFA to PA on Thursday morning read: “At the time of writing, FIFA hasn’t received any information in relation to this matter. Should we receive such information, for example a claim or through an official report including this issue we will look into the matter.

“Generally speaking, FIFA’s position on discrimination is very clear: we are fully engaged in combating any form of discrimination not only in football, but in society in general and we support any effort in this field.”

The FIFA spokesperson added: “FIFA introduced an Anti-Discrimination Monitoring system and the so-called ‘three-step procedure’ at its tournaments, which allows referees to go as far as to abandon a match in case of discriminatory incidents.

“FIFA urges all member associations, leagues, clubs and disciplinary bodies to adopt the same procedure, as well as a zero-tolerance approach to incidents of racism in football, and to apply harsh sanctions for any such kind of behaviour.”

The welfare of the players is and should always be the most important thing….We don’t have to accept anymore, we stand strong and stand tall 🙌🏽 https://t.co/V5DvQg7z76— Troy Townsend (@Towno10) August 14, 2019

QPR Under-18s manager Paul Furlong was informed of the incident during the second half of the match by one of the Rangers players, who was following a protocol agreed on during an equality and diversity session with anti-discrimination campaigners Kick It Out.

Hoops co-owner Tony Fernandes took to Twitter to express his frustrations at the “brainless and frankly barbaric” developments, adding he was “proud that our team walked off the pitch” in the face of the alleged abuse.

He added: “Racism has no space in any of my thinking. What happened in Spain to my under 18 players is a disgrace. But what is worse is the response of @UEFA who just said they would inform the Spanish FA. They should take a much harder line. #StopRacism.”

UEFA maintains the fight to eliminate racism, discrimination and intolerance from football is a major priority for the governing body, with discriminatory behaviour not tolerated in any of its competitions.

However, friendly matches do not fall under the jurisdiction of the European governing body, with FIFA expected to take up QPR’s complaint once officially lodged.

The latest developments follow allegations of discrimination which overshadowed the start to the new domestic season, with incidents highlighted by Fulham defender Cyrus Christie as well as Southend striker Theo Robinson, James McClean of Stoke and Barnsley’s Bambo Diaby.

Good to see a strong statement from @NFFC on the unacceptable racist abuse directed at @dcfcofficial’s @DuaneHolmes on Twitter 👏— Kick It Out (@kickitout) August 6, 2019

Meanwhile, a man arrested in connection with an allegedly racist tweet sent to Derby midfielder Duane Holmes has been bailed pending further inquiries.

During a pre-season match in July, Arsenal youngster Jordi Osei-Tutu was allegedly subjected to racist abuse while playing in a friendly for loan club Bochum against Swiss Super League team St Gallen.