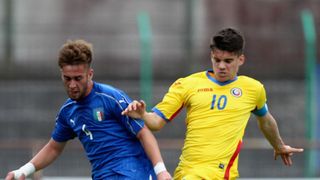 Hagi moves to Serie A from Viitorul Constanta, where his father is manager, having broken into the first team last season, scoring four goals in 31 appearances.

At the tender age of 17, the playmaker was handed the Viitorul captaincy by his father towards the end of the campaign.

Gheorghe Hagi spent two seasons in Italy with Brescia, either side of spells at Clasico rivals Real Madrid and Barcelona.

He is Romania's joint-highest scorer, his tally of 35 international strikes matched by Adrian Mutu.

Ianis Hagi is the third teenager to arrive at the Artemio Franchi in the transfer window, after Polish goalkeeper Bartlomiej Dragowski and Dutch defender Kevin Diks.