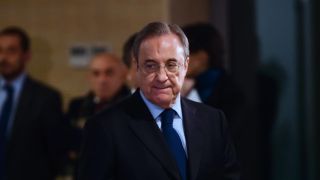 Just days after Real Madrid were crowned European champions for the 11th time, club president Florentino Perez has led calls for the revamping of the Champions League format.

But Perez believes the "worn out" tournament would benefit from major changes to its structure.

"I believe that the future is open to everything; to a true European competition, and that's where we're going to be," Perez told Marca.

"It's very difficult at present, but it's a possibility in the future I'm sure.

"We have asked that UEFA change the format of the Champions League because I believe that the current version is rather worn out."