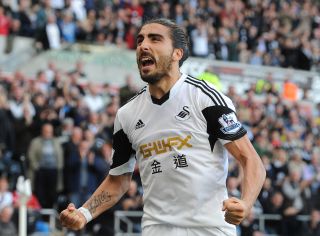 Swansea have started the competition in terrific fashion, posting victories over Valencia and St Gallen to leave them on top of Group A.

They host the Russian Premier League side on Thursday and know a victory will put them on the verge of reaching the last 32.

And Flores – who admits juggling continental fixtures with the club's league and cup commitments has not been easy – wants Swansea to qualify as soon as possible, in order to give players some much-needed rest.

Flores told WalesOnline: "We feel very confident for the next game. We recognise that if we can win the next game we have a big chance to qualify.

"That will take some pressure off the rest of the games and help us cope with the demands of playing so many matches.

"We need to qualify as soon as we can so some players can have a rest."

Flores has played every minute of Swansea's 13 matches in the Premier League and Europa League this season.