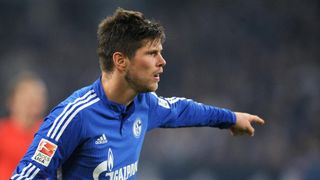 From the stars of the 1994 World Cup squad to the national team’s current generation, Huntelaar has taken note of the personalities shaping American soccer. For the Netherlands and Schalke striker, the United States is more than a faint curiosity on the outer reaches of soccer’s landscape.

Huntelaar is keeping an eye on a U.S. national team that has qualified for seven straight World Cups, and advanced beyond the group stage in three of the past four. He also has seen MLS attract the likes of David Beckham and Thierry Henry, and even the second-tier NASL woo his ex-Schalke teammate Raul.

"It's getting bigger and bigger," Huntelaar told Goal USA in November. "Of course Donovan played a big part in it, but also foreign players like Beckham. In the early days all of the old stars came there. Raul of course was playing there. So I think it is growing, and you see that also from the national team."

The narrative that the U.S. is a "sleeping giant" in the soccer world extends back several decades. But with a stable domestic league, consistent national team program and increased enthusiasm for the game abroad, the American market is more appealing than ever to Europe’s top clubs.

It's one reason why Bayer Leverkusen and Schalke are using the Bundesliga's winter break to travel stateside for the Florida Cup, which kicks off Sunday in Orlando.

"It's very interesting for us," Schalke coach Andre Breitenreiter said. "Maybe we can help in raising the level of professionalism even a little bit more through our visit and to gain a little bit more awareness for football because it's not sport No. 1 or 2 maybe in the U.S., but we reckon that it's growing and growing."

Part of that growth is stemmed in the ever-increasing number of respected stars choosing to play in MLS. But while the 30-something likes of Kaka, Steven Gerrard, Andrea Pirlo, David Villa and Frank Lampard help raise the profile, they also perpetuate the cliche that MLS is a retirement league.

It's reigning MVP Sebastian Giovinco, 28, who is giving the league further credibility in Europe, with the former Juventus forward playing his way back into the Italy setup with stellar performances for Toronto FC. And the summer deal that brought 26-year-old Mexican star Giovani dos Santos to the LA Galaxy saw another in-his-prime star choose MLS over opportunities in Europe.

"Those players coming over make the league more attractive," Leverkusen midfielder Julian Brandt told Goal. "It would be even more attractive if more younger players, like Giovinco, come over there because you may have the impression right now that it's more about the ones that have the highest point of their career behind them."

Added Schalke forward Franco Di Santo: "Now maybe you see the league in the USA and you say, 'No, I prefer to stay in Europe,' or something like that. But I think in a few years it's going to be one of the top ones."

While the Florida Cup offers the obvious positives to Leverkusen and Schalke — warm weather for training, friendlies to retain sharpness and increased brand awareness — the players also have found themselves enticed by the opportunity to witness soccer's stateside growth firsthand.

"Sometimes I hear about the football in the USA and I'm really impressed," Leverkusen defender Andre Ramalho said. "We see that the support has come, the clubs are growing up and bring really famous players in. I think that's really good. I think maybe in the future everyone will look for the USA."