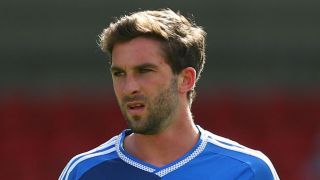 Wigan Athletic closed to within three points of League One leaders Burton Albion with a 4-1 win at Swindon Town.

Will Grigg scored in each half as three goals in five minutes after the break stunned the hosts at the County Ground, while Burton will have the chance to re-establish their advantage when they host Oldham Athletic on Saturday.

Sheffield United kept their play-off hopes alive as Che Adams, Ryan Flynn and Billy Sharp were on target in a thrilling 3-2 win over Crewe Alexandra.

Crewe drop to the foot of the table after Colchester United thrashed third-bottom Doncaster Rovers 4-1 and play-off chasing Rochdale beat Southend United by the same scoreline to leapfrog their opponents.

In the late kick-off, a second-half goal from former England international Joe Cole could not stop Coventry City from slipping to a 3-1 loss at Peterborough United.

Northampton Town continued their march towards the League Two title as John Marquis fired home the only goal midway through the first half against Newport County.

Second-placed Oxford United were held 1-1 by Stevenage, while Bristol Rovers made it six wins in a row with a 3-0 triumph over Cambridge United to hold on to the third automatic promotion spot.

Portsmouth ensured a miserable start to life as Notts County manager for Mark Cooper as Kyle Bennett scored a brace in a 4-0 victory for the play-off hopefuls at Fratton Park.

At the other end of the table, second-bottom York City remain seven points from safety after twice coming from behind to claim a 2-2 draw at home to Crawley Town.