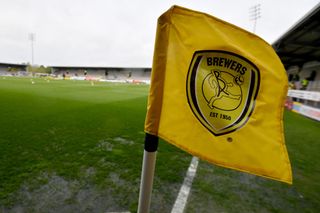 Former Burton defender Kelvin Maynard has been killed in a shooting incident in Amsterdam, his Dutch club have announced.

The 32-year-old, who made 10 appearances for the Brewers during an injury-hit spell after being signed by Jimmy Floyd Hasselbaink, was playing for non-league side Alphense Boys in Holland.

A statement on the club’s official website said: “Last night, we received the terrible news of the death of Kelvin Maynard.

“The player of Alphense Boys Sunday 1 was a victim of a shooting incident in Amsterdam-Zuidoost last night.

“Our deepest condolences go to the wife and children of Kelvin, his family and friends.”

The club’s clash with Hollandia on Sunday has been postponed as a mark of respect.

Maynard, who was born in Suriname, began his career in Holland with FC Volendam and also played for FC Emmen.

He joined Burton from Belgian side Royal Antwerp during the summer of 2014.

A statement on the Brewers’ official website said: “Everyone at Burton Albion Football Club is saddened to learn of the tragic death of our former player Kelvin Maynard at the age of 32.

“Our sympathies go out to all his family and friends at this difficult time.”