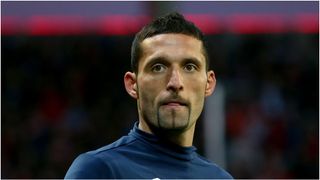 Brazilian-born Kuranyi won 52 caps for Germany, making a substitute appearance in the Euro 2008 final, which Die Mannschaft lost 1-0 to Spain.

He joined Stuttgart as a teenager and signed a professional contract with the club in 2001, going on to score 56 goals in 131 appearances for Die Roten, form that earned him a move to Schalke in 2005.

Kuranyi is the fourth-highest goalscorer in Schalke's history, having found the net 90 times in 217 appearances.

After enjoying a prolific spell in Russia with Dynamo Moscow - where he netted 56 goals in 151 games - Kuranyi joined Hoffenheim on a one-year-deal but did not find the net and has since been a free agent.

. has announced his retirement from football, aged 35. Thanks for all the goals and all the best for the future, Kevin! March 24, 2017

"I am at ease with myself. And not only have I got used to my new life, I also like it," Kuranyi, 35, wrote on his official website. "After all these years, it is at least nice not to have a more determined life of a professional. A life between training ground, airplane and hotel room.

"And it is much nicer to be able to enjoy family life permanently."

Kuranyi revealed he had offers from Russia, Brazil, Qatar and China but added: "I was very demanding in the search [for a new club]. Not with financial concerns, but as regards to the sporting project and distance from Stuttgart.

"I returned to Germany in 2015 for my family. My children should not be constantly torn out of their surroundings. And I myself was not willing to be too far from my family, I did not want to be far away from Stuttgart.

"In short, I wanted to continue playing. But not at all costs.  And the price of being separated from my family was too high for me. For this reason alone, I can live with my decision very well."