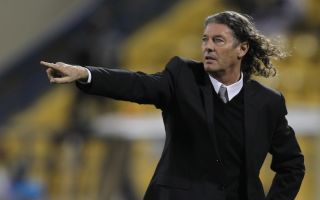 Metsu is perhaps most famous for coaching Senegal in the FIFA World Cup 2002, leading the country to the quarter-finals after beating reigning champions France in the group stage.

A former player with the likes of Anderlecht, Lille and Nice, Mestu passed away on Tuesday, having confirmed to L'Equipe in July that he was suffering from terminal cancer.

"We played together for two seasons. I was younger than him, I knew about him already from his reputation," Plancque said.

"We quickly became close, and were room-mates for away games. He was a great guy."

The club added: "Lille, its president Michel Seydoux, and all the players and staff at the club, as well as the fans, offer their sincere condolences to his loved ones."

After his spell with Senegal, in which he also took the country to the 2002 final of the Africa Cup of Nations, Metsu spent a number of years coaching in the Middle East.

He managed both the United Arab Emirates and Qatar before moving to Al Gharafa and finally Al Wasl before standing down in October 2012 due to ill health.