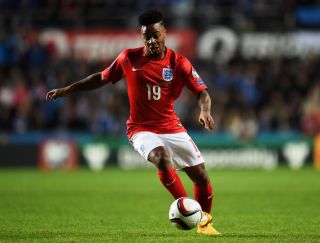 Sterling asked to sit out England's Euro 2016 qualifier in Estonia on Sunday after complaining about fatigue on the eve of the Group E encounter.

The 19-year-old Liverpool speedster, who came off the bench in the 64th minute as England won 1-0, was criticised for his request to drop out of the starting XI.

But Fowler - a Liverpool great and former England international - leapt to the defence of Sterling in an interview with the Liverpool Echo.

"I'm chuffed that he had the guts to speak up and say what we did as it showed maturity.

"It was a selfless act and people are wrong to have a go at him.

"What he did was for the benefit of the team. Not everyone puts the team first like that.

"For a lot of players the priority is just getting caps and goals. Raheem was more concerned about three points and a win for England.

"As he didn't feel 100 per cent, he didn't think he was able to go out there and play the way he wanted. England would have basically been playing with 10 men.

"It was very honest of him to say to the manager 'I'm tired, I don't think I can give you my best'. It doesn't matter how old you are, if you feel tired you aren't going to perform to your maximum."