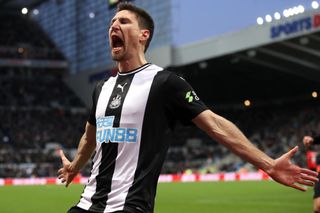 Three important factors that most managers take into consideration when they are sizing up their next move are how tricky a player’s upcoming fixtures are, how much they cost and, of course, how many points they have against their name already.

Combining these things into a formula, we can see which players look like shrewd picks for the next few weeks.

The FPL website has a Fixture Difficulty system which rates fixtures into different bands, with a ‘three’ being a run of the mill fixture.

Then we looked at the rating of every match in the next five gameweeks and added together every player’s average against opponents of that type.

Before you factor in value for money, Liverpool’s Mohamed Salah and Sadio Mane are way out in front.

Salah has averaged an eye-watering 9.4 points per game in easy fixtures and his next three matches (West Ham and Bournemouth at home and Watford away) are all placed in this bracket.

After that, Salah must travel across Stanley Park to play Everton, which is considered a shade more tricky – but he still scores 6.2 points per appearance in matches with an FDR score of three.

The final match of the five is another three on the difficulty scale, bringing his expected total to 40.5 points.

Applying the same method, Sadio Mane falls less than a point short of his teammate (39.8) while third-placed Ayoze Perez trails the Liverpool pair by more than 10 points, with a score of 29.0

This is where value comes in, though. it is a perfectly good plan to have both Salah and Mane in your team but you need to balance the books somehow.

Perez would be a good start, with his £6.2m tag meaning he is on course to collect 4.7 points per million over the next five matches, compared to Salah’s 3.2 and Mane’s 3.3.

The star at the other end of the pitch for the Reds, Virgil van Dijk, runs Perez close but has to settle for fourth spot on the rundown of value picks.

The two unlikely heroes ahead of Perez and van Dijk are Burnley shot-stopper Nick Pope and Newcastle’s Federico Fernandez.

Pope is the cheapest of the three goalies who have already broken the 100 points barrier and an average of 6.0 on easy fixtures and 3.5 in tricky fixtures sets him up for a possible 22.1 points in his next five.

With an ownership of 1.8% and costing a mere £4.5m, Fernandez has flown under the radar.

The Argentine only managed 23 minutes of football in Newcastle’s first nine matches of the season but he has played the full 90 in each of the 16 games since.

In those 16 matches, he has picked up two goals, two assists, four clean sheets and ten bonus points.

He has scored exactly 2.0 points per match in the Magpies’ difficult fixtures but, after they face Arsenal on Sunday, they won’t play another match which is classified as such for eight matches.

Fernandez might not top many lists but if it’s value in the upcoming weeks that you are looking for, he is your man.