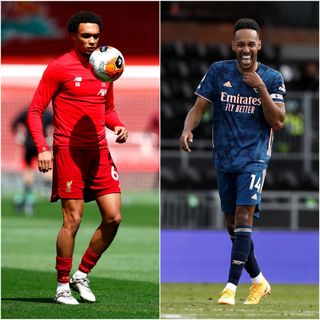 Fantasy football tips are all well and good, but what fans of the game really want to know is what the cream of the crop are doing.

With that in mind, we have identified a sample of 500 elite managers who have finished in the top 10,000 in the Fantasy Premier League on multiple occasions.

Having studied their squads for the opening weekend, this side represents an affordable group comprised of the most popular players among the top managers.

There are five players who have been selected by more than 80 per cent of the experts, including at least one in each position.

Leading the way is Pierre-Emerick Aubameyang, who was selected by all but six of our 500 managers. The lack of action for the Manchester clubs will have been a contributing factor in his popularity this week but that is an almost unanimous endorsement of the Arsenal captain.

Liverpool full-back Trent Alexander-Arnold was the most selected player in the overall population but he had to settle for second place amongst the top managers. There was still a stronger consensus, though, with his ownership among that group 36.5 percentage points higher than in the game as a whole.

Similarly, Chelsea striker Timo Werner and Southampton goalkeeper Alex McCarthy were the most selected in their positions by both the top bosses and the wider population but their ownership amongst the very best was much higher.

One of the most notable names near the top of the elite’s shopping list is Che Adams. He was owned by less than 5 per cent of the six million managers who entered in gameweek 1, compared to his Southampton strike partner Danny Ings’ ownership of 25.8 per cent.

In our sample of 500 managers, the tables are turned, with Adams owned by 35.4 per cent and Ings just behind on 32.3 per cent. This is almost certainly due to the £2.5million difference between the players’ prices – the top managers appear to think Adams can deliver better value.

Other budget options who proved popular were Crystal Palace’s Tyrick Mitchell and Leicester’s James Justin in defence, each owned by exactly 61.2 per cent of the experts, and Brighton’s Yves Bissouma and West Ham’s Tomas Soucek in midfield, who were both in over 40 per cent of top squads.

Notable by their absence

Whilst the squads of the very best include some of the most popular picks in the game, there are a few players who have been selected in millions of teams who are nowhere to be seen.

The player who sees his status reduced the most is Manchester City playmaker Kevin De Bruyne and although it is too late to learn from this, the message there could simply be not to carry an expensive player (£11.5m) who had no chance of playing in gameweek 1.

The next name on the list has no such excuse. Virgil van Dijk is owned by more than a quarter of all managers but only six of our 500 top bosses gave the Liverpool star the nod.

Another clear strategy is to not overspend in goal. Burnley’s Nick Pope is the player with the highest overall ownership who does not feature in a single elite squad.