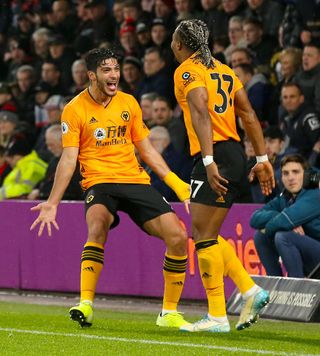 If you’re looking for an edge over your mini-league rivals, the Fantasy Premier League’s most successful managers might be able to point you in the right direction.

We have identified over 250 bosses who each have at least five top-10,000 finishes and sent our spies to their training grounds in search of tips.

So which players are the established elite deploying who us mere mortals are disregarding? The answer lies somewhere in the midlands…

Between gameweek 26 and gameweek 27 there was a clear trend in the elite’s market strategy – Wolves.

At £7.8million, Jimenez has been a consistent scorer for his FPL faithful, notching 12 goals, six FPL assists, and the top spot as his side’s best FPL points scorer – but his two colleagues are also of interest.

Defender Boly has missed a large chunk of the season with an ankle injury, but his return to the side has coincided with three clean sheets in three for Wolves.

As a result, Boly has earned 18 FPL points in three games, and his ownership among the elite has tripled – at £4.7m his points come at great value too.

Traore, meanwhile, continues to enjoy his breakout season. Having reached four goals and seven FPL assists from midfield, his backing among the best has gone north of 50 per cent, his price still an attractive £5.9m.

Furthermore, after Wolves play Tottenham in GW28 they will enjoy a run of four fixtures ranked the easiest according to the FPL’s own Fixture Difficulty Ranking system.

Such a run of games should be enough to convince you the elite may know what they’re talking about.

But while Wolves offer bargain buys all over the pitch, the elite are not so interested in faltering stars.

Jamie Vardy is one of those, his elite ownership dipping from 51.2 per cent to 47.1 per cent as his goal drought in the league continues – the Englishman has now gone nine gameweeks without a goal having scored in eight consecutive games earlier in the season.

Despite four games against non-top-six sides coming up, the cream of the crop appear to have seen enough – overall he remains selected by 35.5 per cent of managers, however.

Elsewhere, Manchester City’s Sergio Aguero is back in the minutes, but after three games without a goal has seen his ownership among the best drop by 11.4 percentage points.

Remarkably, Aguero is just one goal off top scorers Vardy and Pierre-Emerick Aubameyang despite lacking minutes, but it remains likely he will be prioritised in the Champions League should Pep Guardiola’s side go deep into the competition.

A blank in GW28 for the League Cup finalists only makes Aguero a more unappealing proposition.

And last but not least, Tottenham’s Son Heung-min saw his progress checked by a broken arm having scored four goals in three games, and as a result has seen his ownership drop among the best from 19.7 per cent to just 2.8 per cent.

Spurs head coach Jose Mourinho has voiced his concern that the forward might not play again this season, and as such, so have the FPL’s elite.