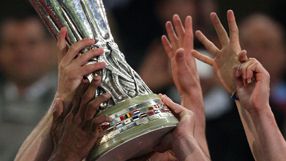 The country's co-efficient, which was as high as fourth in 2008, slipped from fifth to sixth when Olympique Marseille were knocked out of the Champions League quarter-finals by Bayern Munich last week.

Marseille's defeat means the club finishing third in Ligue 1 will have to go through an extra qualifying round to join the Champions League group stage in season 2013/14.

"Our clubs are not interested enough in the Europa League where they should regularly be in the quarter-finals at least," said French professional clubs association (UCPF) president Philippe Diallo.

"It's no surprise we dropped to sixth in the co-efficient rankings."

This season no French club made it past the group phase of Europe's second-tier competition.

French teams have been favouring Ligue 1 over the Europa League because it does not have enough financial incentive.

"The first rounds are not enough to pay for expenses, it only becomes financially interesting from the quarter-finals so our main focus is the French league," Stade Rennes manager Pierre Dreossi told domestic media.

Ligue 1 clubs often do not have enough resources to target both competitions because of France's punitive tax system.

"We are not competitive enough financially. We need to spend up to 24 percent more than our neighbours to pay a player," said Diallo.

Under new regulations that will be applied in the 2013/14 season, European clubs must balance their books and will not be allowed to spend more than they earn.

"The [existing] rules are not the same for everyone," said Diallo. "Some clubs play with a team on credit. That is why we have backed financial fair play."

"Several modern stadia were built in Germany for the 2006 World Cup," said Diallo. "Now Germany have the best attendances in Europe and it generates revenue.

"The Euro 2016 finals [hosted by France] should help us in that direction."