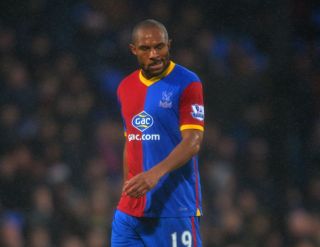 Tony Pulis' men have slipped back into the Premier League relegation zone after the side could only draw 1-1 at home to Norwich City on New Year's Day.

Palace now face a trip to The Hawthorns to take on West Brom in the FA Cup third round, with Pulis expected to rotate his squad following a busy end-of-year schedule.

Gabbidon feels that whoever plays will produce a competitive performance and is hopeful the match can provide a platform for a top-flight survival bid.

"Sometimes cup runs can help," he said. "It's something up to the manager whether he wants to change players, but sometimes when you're in a run of form you want to keep playing as well.

"You just look forward to the next game; it's one we want a good result from. I don't know what's in the manager's mind. At the end of the day, it's another game and one we want to win."

With the transfer market once more open for business, Gabbidon is expecting new arrivals at Selhurst Park to boost the team's chances of staying up.

He added: "Competition is good for places, the new manager has come in and he's going to have his own ideas.

"There will be areas we need to improve on and the boss will have his eye on certain players he wants to bring into the team.

"We'll see what happens in the next few weeks. If we can bring two or three more bodies in, that can improve the team. Hopefully we can then kick on for the second half of the season."