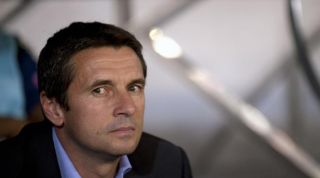 A Leonardo Bonucci strike six minutes from time gave the Serie A leaders a slight advantage in France last week, but Garde saw enough from his side to believe "anything is possible" in the return.

And with the attacking threat of the likes of Bafetimbi Gomis, Alexandre Lacazette the head coach is confident they can cause Juventus problems in Turin.

"We have a game to play with a score that allows us to believe," said the Frenchman. "We know that we put Juve in trouble at home.

"We start with the ambition to score.

The Ligue 1 side have not reached the last four of European competition since 2010, in the UEFA Champions League.