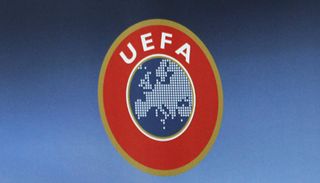 UEFA's annual Congress voted in favour of a motion to allow the tiny British colony to become their 54th member, meaning that their national team and clubs are now eligible to play in international competition.

However, UEFA said Gibraltar would be kept apart from Spain in any competition in which they both took part.

"We always try to set things up accordingly and to pre-empt these situations," UEFA President Michel Platini, whose federation have recently kept Russia and Georgia apart in competition draws, told reporters.

Gibraltar, which was granted provisional membership last October, first applied for UEFA membership in 1999 but Spain led the opposition to the request, threatening to withdraw from any competitions involving their tiny neighbour.

The colony tried again in 2007 but was rebuffed once more. It then took the case to the Court of Arbitration for Sport which ruled in its favour in 2011.

"This is a momentous moment for us," Gareth Latin, president of the Gibraltar FA, told the UEFA Congress. "It means we can now begin the next chapter of Gibraltar football."

Latin later told reporters that Gibraltar would only recruit locally, rather than looking abroad for players with connections to the colony.

"We have our own specific guidelines on who can play," he said. "You have to be a Gibraltar national, you have to be born and bred there and have lived there for a certain number years.

"We have been trying to achieve this for 14 years, and we want to give this to the Gibraltar community and we want to develop our kids so they have a chance to become professionals.

He said Gibraltar hoped to have a new 8,000 capacity national stadium ready in time for the Euro 2016 qualifying competition, when their national team is likely to make its debut in international competition.

"We don't know what will happen in the first international, we're untested," said Latin, adding that Gibraltar hoped to set up a match for the August friendly international date.

Their teams will first feature in the qualifying competitions for the 2014 European Under-17 and Under-19 Championships.

Gibraltar have been drawn against England, Armenia and Ireland in the under-17 qualifiers and Croatia, Czech Republic and Cyprus in the under-19 tournaments.

Latin said the colony has a six-team national league, plus as 12-team second division, and there were 650 registered senior players in the territory, making entry to the Champions League preliminaries a possibility.

Spain still claims sovereignty over Gibraltar after it was ceded to Britain under the 1713 Treaty of Utrecht.

An edict from the Consejo Superior de Deportes to all sports federations in Spain says they should block any membership application from organisations in Gibraltar.