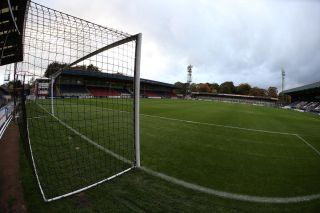 The island was granted full membership of UEFA in May, meaning they will take part in qualifying for the 2016 European Championships.

And it was revealed on Tuesday that they will now play a friendly clash against Slovakia on November 19 in Portugal.

Gibraltar will also face the Faroe Islands in a home fixture at the Victoria Stadium on March 1 2014.

The move to accept their application to UEFA was met with disapproval from Spain, amid continued political tension with Britain over the sovereignty of the territory.

As a result of their opposition, UEFA president Michel Platini announced that Gibraltar and Spain would be kept apart in future qualification campaigns.

Gibraltar first tried to join UEFA in 2007, but their attempt was unsuccessful as they received just three supporting votes from UEFA members, before their application was finally ratified by majority vote earlier this year.