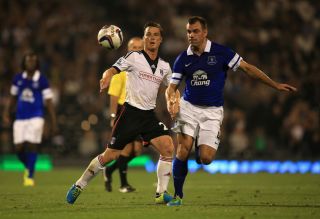 The Everton midfielder made himself unavailable for national selection after being overlooked by former Republic boss Trapattoni.

But the veteran Italian was sacked last month and Gibson ended his self-imposed international exile when Noel King was appointed caretaker boss.

The 25-year-old is back in the squad for Friday’s FIFA World Cup qualifying clash with Group C leaders Germany and the former Manchester United man is determined to make his presence felt.

He said: "I felt I should have played back then and hopefully I'll get my chance on Friday to show what I can do.

"It was tough to stay away but I'm delighted to be back in. It feels like a fresh start at the moment.

"If there's someone else watching (who may take over) then it will be nice to impress him but it's Noel at the minute and we are going to go out and try and get the result for him.