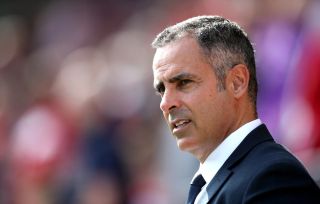 There may be further movement in the Reading squad after a midweek Carabao Cup clash against League One side Wycombe ended with a penalty shoot-out victory.

Rafael is likely to retain his place after his penalty heroics against the Chairboys but change could still be afoot as overlooked midfielder Andy Yiadom and new striker Lucas Joao look to regain their places.

Left-back Tyler Blackett remains sidelined with injury, and Jordan Obita’s inclusion looks doubtful despite having made an appearance at under-23 level after almost two years out with a knee injury.

Neil Warnock’s Cardiff head to Berkshire off the back of a dramatic triumph over Luton, as 25-year-old striker Isaac Vassell scored in injury time on his debut.

Vassell is likely to feature again, and could be joined by forward Robert Glatzel and midfielder Marlon Pack, both of whom posted sound debut performances against the Hatters.

Pack could replace 25-year-old midfielder Joe Ralls, who fell ill after the Bluebird’s last fixture and was rushed to hospital.

Warnock has confirmed that Ralls is training with the squad having made a recovery, but his involvement at the weekend is unlikely as he regains fitness.