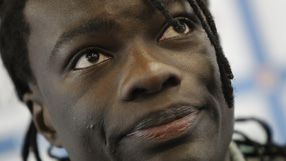 "After my goal, I put my hands behind my ears because I had heard monkey noises during the game," Gomis, who was booked for the gesture after completing the scoring, told French sports daily L'Equipe on Wednesday. "I even had a banana thrown at me."

GFCO Ajaccio played a majority of the game with 10 men after Anthony Colinet was shown a straight red card for a violent tackle on Anthony Lacazette in the 38th minute.

A brawl erupted on the pitch after the incident and the game was held up for almost five minutes.

Lyon will meet either third division side Quevilly or Stade Rennes, who meet later on Wednesday, in the April 28 final at the Stade de France.