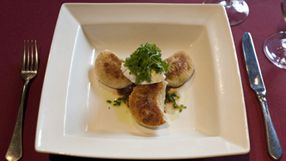 Argentinos held River Plate 0-0 at the Monumental in the Argentine Clausura championship to deny the home side top place in the standings after four matches.

River are trying to pick up enough points to boost their poor three-season relegation average but looked more tired at the end than Argentinos, who upset Nacional of Uruguay 1-0 away in the Libertadores Cup on Wednesday.

"The team are showing you can play every three days. We've shaken off some tough rivals in this spell," Troglio told reporters.

"I didn't hesitate to field my best team because we talked about it a month ago and if they do their homework, they can (manage). They eat well and don't make love much," he added laughing.

"We played well against River, we created chances. I think the draw was fair."

After two wins and two draws River are third, a point behind joint leaders Estudiantes, the Apertura title holders, and Racing Club. River and Argentinos have drawn their four league games and are the only unbeaten teams.

River's arch-rivals Boca Juniors continued to disappoint in a 1-0 defeat at Velez Sarsfield, central defender Fernando Ortiz heading the only goal from a corner.

Madelon resigned after four successive defeats in the Clausura championship that left his promoted side bottom and facing a quick return to the Nacional B division.

"I've already said goodbye to the players and directors, there's no going back," Madelon said. "I'd like to thank everyone, they also gave 100 percent of their ability.

"I never had a problem, so we say sorry to the fans and tell them not to lose hope because maybe someoen else will come who can reverse the situation."