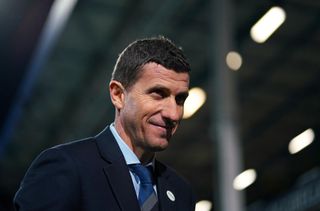 Javi Gracia knows Watford need a “perfect” defensive performance if they are to take anything from Manchester City.

The Hornets travel to face one of the title contenders for the second time in a fortnight, having last month been on the end of a 5-0 drubbing by Liverpool.

A subsequent last-gasp win over Leicester lifted spirits at Vicarage Road considerably, but now another huge test awaits against the leaders and defending champions, whose 76-goal haul already this season is 12 more than that of the next most prolific team, Liverpool.

“You know City have high-quality players, a very good squad and maybe you have to do perfect defensive work.

“You have less possession than them, for sure, and you have to manage your possession to create some chances to score.

“To do very good defensive work and at the end if you do it you have some options to get a good result.”

Watford are firmly in the hunt for a seventh-placed finish and potential Europa League qualification, but Gracia is looking no further than their next assignment.

“At this moment you don’t know what is going to happen in the next games,” he added.

“I know a lot of people like to hear that we are going to achieve seventh, but at this moment I prefer to only focus on the next game.

“We are in a good moment, but not only with the results. I think the attitude and atmosphere in the team all season, with good or bad results, is important.

“In the last few games, nine games left, and with all the players available, they need to play like they can do.”