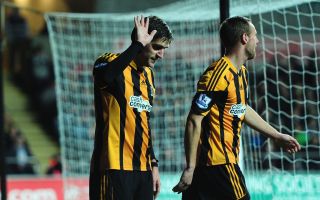 Graham moved to the KC Stadium in July on a season-long loan, but fell down the pecking order after Hull captured Nikica Jelavic and Shane Long from Everton and West Brom respectively.

Hull have therefore agreed to terminate Graham's loan, enabling the former Swansea City forward to return to Middlesbrough, where he began his career.

News of Graham's switch was confirmed by Hull on their official Twitter account, with a message reading: "The club has agreed to an early termination of Danny Graham’s loan deal from Sunderland.

"The termination of the loan deal allows the striker to join Middlesbrough until the end of the season. We wish Danny all the best."