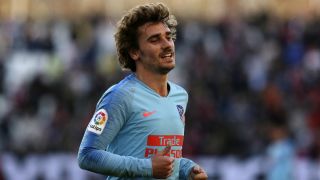 The France star drew level with the former club captain when he struck from the penalty spot in the 3-1 derby defeat to Real Madrid last week.

Griezmann scored his 130th goal for the club in all competitions with the winner over Rayo Vallecano on Saturday, a result that moved Atletico to within four points of LaLiga leaders Barcelona, having played a game more.

Griezmann has now scored eight goals in his last six meetings with Rayo in all competitions.

He has sealed a 1-0 win in the last three of those matches.