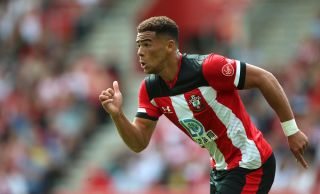 Southampton boss Ralph Hasenhuttl admits he has some serious attacking selection dilemmas ahead of their Premier League opener at Burnley.

New signings Che Adams and Moussa Djenepo are in contention to make their competitive debuts at Turf Moor, although the latter only started training with his new team-mates last week following international duty with Mali.

“I think a lot of players deserve to be in this squad, and there are still one or two positions where I am not completely sure. But in the end, everybody knows their chance will come.

“Scoring in pre-season was not the biggest problem for us, but it’s only pre-season. The first game in the Premier League is something completely different.

“They know what they have to do to get a good balance together; opposite runs, how to play together, working against the ball. We’ve worked a lot in this part of the game.

“Che Adams had the big advantage that he was here from the beginning of pre-season and that helps him a lot. For Moussa, it is a little bit more difficult and it will take time to bring him into the squad.

“He has shown in the first two weeks he has a lot of skills that can help us. For the tactical skills, I think he needs more automatism, but he is open minded and very positive. He’s a good character and I like him.

“Danny Ings is very fit and he invested a lot in the break, not only the pre-season. He scored, worked hard and it’s a big battle in the front for these three positions.

“We have Michael Obafemi who showed up in the pre-season and Shane Long, who doesn’t want to step back, and Stuart and Sofiane, who is back with a lot of quality. These positions are the ones with the biggest battle so far.”