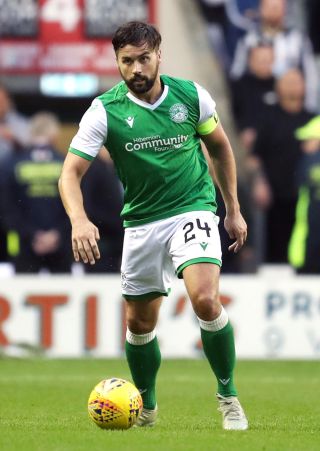 Hibernian say defender Darren McGregor faces “several weeks” out with the injury which forced him off against Morton.

The centre-back is set to miss games against St Johnstone and Motherwell before the international break after suffering an abdominal injury while making a pass.

McGregor was replaced by Adam Jackson 14 minutes into his side’s 5-3 Betfred Cup win.

A club statement read: “As you would expect from Darren, he has thrown himself into his rehabilitation process with the specialist staff at the Hibernian Training Centre and we all look forward to seeing him back in action when he’s fully fit.”

Hibs have Scotland Under-21 centre-back Ryan Porteous coming back to fitness following the knee injury which ruled him out of the remainder of last season in January.