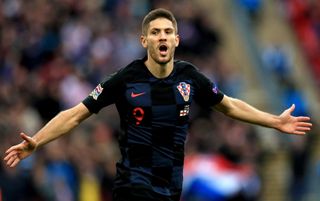 Late goals from Sargis Adamyan and Andrej Kramaric saw Hoffenheim come from behind to beat Borussia Dortmund 2-1 in the Bundesliga.

The visitors would have gone above Bayern Munich into third with a victory and looked on course to do so after 17 minutes when Mario Gotze put them ahead.

But substitute Adamyan stabbed the hosts level after goalkeeper Roman Burki spilled a shot in the 79th minute, and Kramaric struck the winner three minutes from time.

In Serie A, Roma roared to a thumping 4-1 win at Fiorentina to leave the hosts floundering in the bottom half.

Goals from Edin Dzeko, Aleksandar Kolarov, Lorenzo Pellegrini and Nicolo Zaniolo piled on the misery for the Viola.

Dzeko struck after 19 minutes when he turned in Zaniolo’s corner and two minutes later Kolarov drove in a free-kick.

Milan Badelj got one back before half-time but Roma pulled away after the interval.

Dzeko teed up Pellegrini for the third in the 73rd minute and Zaniolo wrapped up the scoring two minutes from the end.

In Spain, goals from Sergi Enrich, Kike and Takashi Inui gave Eibar a 3-0 win at home to Granada.