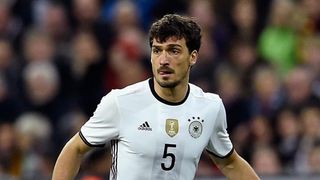 The Germany international was part of the Dortmund team that lost the final against Bayern in 2012-13, with Arjen Robben netting a late winner for the Bavarians.

Bayern have since come close to winning the Champions League again on a number of occasions, making it to the semi-finals three times in a row under Pep Guardiola, and Hummels is determined to go all the way in the next few years.

"After the European Championship, which we unfortunately did not win, the Champions League is now one of my main goals.

"If I win the Champions League, I will have exceeded all my expectations and dreams. It is a major challenge for me.

"Bayern have come incredibly close to winning the Champions League again in recent years. That's why we have a big opportunity to fight for the title in the next few years."