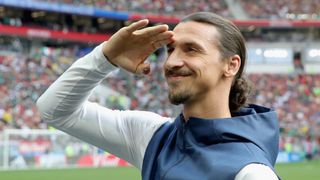 Zlatan Ibrahimovic and David Beckham have agreed a World Cup bet ahead of Sweden taking on England in their quarter-final.

Sweden's all-time leading goalscorer made Beckham a proposal - if England win, he will buy the Manchester United icon dinner anywhere in the world.

Beckham agreed to Ibrahimiovic's terms of purchasing him whatever he wants from IKEA if Sweden triumph and move into the semi-finals at Russia 2018.

But if England come out on top in the quarter-final, Ibrahimovic could be making a trip to Wembley to see England and sample the national dish.