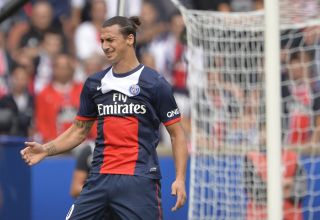 The Swede was on hand to score his side’s second goal deep into stoppage time, shortly after substitute Adrien Rabiot had broken the deadlock.

Despite leaving it late, the former Milan and Barcelona star was convinced his side were good value for the win, but admitted they should have killed off the game earlier.

He told PSG TV: "We wanted to score early in the game and we didn’t. I hit the post I think if I had scored with the free-kick the game would have been totally different."

The result ensured that PSG remain unbeaten in Ligue 1 this season, and Ibrahimovic believes that it is only a matter of time before his side hit their best form.

He added: "We are slowly reaching our rhythm and I think we only need to click from the beginning of the game and everything will be much easier."

The result was PSG's first league win at the Parc des Princes this season, and brought them to within one point of leaders Marseille.