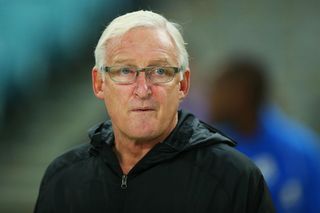 The 57-year-old was appointed to the position two years ago, but his side were eliminated in the quarter-finals at the Africa Cup of Nations in 2013 and also failed to qualify for this year's FIFA World Cup.

As a result, the South African Football Association (SAFA) have confirmed Igesund will not be offered a new deal.

Following a meeting of the national executive committee (NEC) on Monday, SAFA president Danny Jordaan revealed the news to the media.

"The NEC informed Gordon Igesund that his contract will not be renewed when it expires on the 31 August 2014," he said.

"The search for the new coach will commence now and we are looking for a candidate who will take Bafana Bafana back to the glory days.

"He should be someone who takes us to the next level."