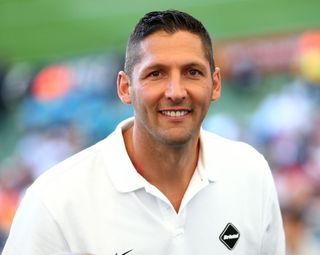 Victory over Mumbai City on Sunday, combined with Atletico de Kolkata's loss to the Kerala Blasters, has moved Marco Materazzi's side three points clear at the top with four games to play.

The Italian player-manager knows they are close to securing a top-four finish and a place in the semi-finals, but he expects no let-up in their attacking play in the remaining games.

"We play to score," he said. "That is reflected in the fact that we have two strikers.

"We have 19 points and we're at the top but we need five or six points to finish on top.

"We need those points. The fact that we are not already in the semi-finals disappoints me."

Adding to their impressive run looks like a simple task given NorthEast's poor form. Ricki Herbert's team have failed to win any of their last six matches and were beaten by Delhi Daredevils on Monday.

That saw Herbert's men drop to the foot of the table, but victory over the leaders could lift them into the top four.

With just two points separating five teams, the battle for a semi-final place will be intense in the coming weeks.

Kerala and Goa currently occupy the final two places in the top four and they meet on Wednesday with the latter keen to maintain their three-point advantage over their fourth-placed opponents.

Having started slowly, Goa have impressed in recent matches with three wins and just one defeat in their last six outings. And Zico's side will be keen to exact revenge after a 1-0 defeat against Kerala earlier this month.

Meanwhile, Atletico will look to bounce back from their disappointing defeat when they travel to Pune City, while Delhi Dynamos face Mumbai City on Friday.