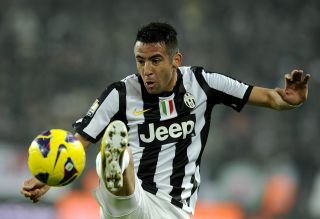 Isla, 25, joined Juventus from Udinese in June 2012, but a knee injury restricted the Chile international to just 20 appearances in all competitions in his first season for Antonio Conte's side.

Inter have shown an interest in the versatile defender - who can operate as a wing-back or in midfield - and saw an approach rebuffed by the Serie A champions last month.

Claudio Vagheggi, Isla's representative, stated that Juve have decided to keep Isla at the club, but is refusing to close the door on a potential move away.

"Conte has said that he likes Isla and so, for now, my client will remain with Juventus.

"However, as is often said at this time of year, you never know what will happen during the transfer window."